I’m sure you’ve heard by now Google shut down Google+. After data breaches, low user numbers, and being put on the backburners of Google’s focus they’ve decided to terminate the social network.

According to Google’s announcement, the changes made were designed to reduce the anonymity of comments posted under a YouTube video.

Typically, any video that went viral brought with it a swarm of spam comments. These comments did everything from insult the creators of the original video to sell Converse shoes.

Google finally responded by changing the policy so a user had to be signed into a Google+ account in order to express said spam or verbal hate speech.

The new system was implemented without warning, and the public response, as expected, was not kind.

Without taking sides, let us analyze what is good and bad about the new change.

Why it should work

Creating a Google+ account puts your unique face or brand on everything you type or share. That means that I am held directly accountable for everything that I post.

For shareholders, this is also a great thing.

Bringing the YouTube community further into the reaches of Google’s web (pun intended) is always good for advertising. It is possible that forcing Google+ use will make people more apt to embrace the “struggling platform” – despite low retention, Google+ does have hundreds of millions of “active” users.

Ideally, the move from anonymous commenting to required sign-in should spell the end of most spammy posts and lead to a more prosperous Google community.

Why Google+ comments do not work

The change has only brought MORE SPAM THAN BEFORE!

This makes some sense. Google created a monster by releasing the update so suddenly. This upset a lot of people – people who have been conditioned to not care about what is said on the Internet.

Spam accounts are still being created on the Google+ platform, just like Gmail and Facebook before it.

Google is also an unrestricted platform. Unlike a service like Twitter – which has a 140 character limit – people can post whatever they want in the new Google+ comments, including hashtags.

This implementation adds one more place content managers have to look to get work done.

Previously, to see your comments, you would go to the Video Manager on Google and then the “Inbox” section on the left.

This would break down into numerous sections, showing how many unread responses you had and letting you manage content directly under YouTube.

Now, this will no longer populate, and you will go to that bell icon on the top right of your screen:

This is the section devoted to Google+ notifications, and, since YouTube comments are now effectively managed through Google+, this is where they will go.

You could always go to https://plus.google.com/notifications/all to view a string of comments for posted videos, but this is less than perfect.

Widgets to the rescue

There, you will find a widget that displays all of your most recent comments.

Unless you have metric tons of subscribers (which is totally possible), being able to see up to the last 20 comments is usually enough.

Time will be the judge as people get more comfortable with the YouTube comments change.

So far, the reaction and implementation is more negative than positive.

What do you think about the changes made to the YouTube comments interface? Should they go back to the old way? Should they try something different? 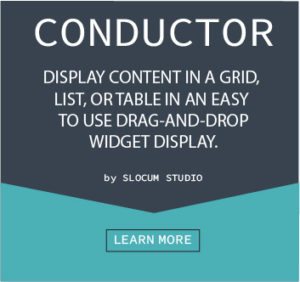