You may also be interested in this article: Blogging and SEO the Nuts and Bolts

Somebody practices bad linking or goes around spamming comments and ruins the experience for everyone else. Google slaps them with a penalty and then changes their system so that others cannot repeat the crime.

From the above story, you might think that SEO and content marketing is super competitive. You would be right.

But you also might not realize that optimizing your website is more attainable for a local business than an international one. There are tools and tips out there to maximize a website for the smaller target you are trying to reach. Read to find out more!

END_OF_DOCUMENT_TOKEN_TO_BE_REPLACED

…or, how to become a writer for Jeopardy

Jeopardy is a truly unique show. It is the only show I know that phrases it’s questions in the form of answers, and vice versa. The contestant receives the answer to a question and must solve the puzzle by providing the originally intended question to the host.

It is this element of the game that makes it unique and has provided all of us with hours of entertainment. We also consume knowledge through watching the show that we may call back later in life.

Why does this matter for web and specifically content marketing?

Heading into 2014, this mentality of “answer first” is going to play a major role in the world of content marketing. Long tail keywords are going to be the captains of this new movement.

END_OF_DOCUMENT_TOKEN_TO_BE_REPLACED

Coming into WordPress can be a daunting thing. For many people, the thought is to grab a theme and get going, until you start to discover that you need more ease of use.

If you do not code and want a good solution for your own business or for your clients, you can typically go one of two ways.

Let’s explore some of the major players in the WordPress theme framework game and explore those options, as well as take a look at what can be done with a clean theme.

END_OF_DOCUMENT_TOKEN_TO_BE_REPLACED

Today’s cast is a large one. (and that’s not just because we have FAT Media on the line today!)

In this episode of Week in WordPress, we talk about Crowd Favorite, WordPress 3.8 beta 1 being released, and WordPress Twenty Fourteen theme coming to the masses of WordPress.org users.

The guests joining Matt and Scott today are:

END_OF_DOCUMENT_TOKEN_TO_BE_REPLACED

You may also be interested in this article: We Build on WordPress

When it was initially conceived, WordPress was the place to go for creating blogs and writing articles.

Time has passed. WordPress functionality has expanded, and it has become the best choice for business, newspaper, magazine, and other websites.

With all of this potential for smart content creation and , it can be difficult to manage the large quantity of articles and blog posts that are being made at once.

Check out these tools to enhance editorial and project management capabilities of WordPress.

END_OF_DOCUMENT_TOKEN_TO_BE_REPLACED

Update: Google is shutting down Google+. After data breaches, low user numbers, and being put on the backburners of Google’s focus they’ve decided to terminate the social network.

END_OF_DOCUMENT_TOKEN_TO_BE_REPLACED

Matt and Scott of our Slocum Studio are joined by

Find out why Matt Mullenweg was spotted with Joomla! and why WordPress has adopted Sass, among other things.

END_OF_DOCUMENT_TOKEN_TO_BE_REPLACED

There are plenty of reasons why you would want to delete or simply reset a WordPress install.

Imagine for a moment that you were testing something for a client and needed to see WordPress without any plugins installed.

How about that group of posts that is no longer necessary on your website, for example?

Read or watch on to look at some plugins that will enable you to reset sections of your WordPress-powered website or completely change the website back to factory settings.

END_OF_DOCUMENT_TOKEN_TO_BE_REPLACED

It did, but attention has already shifted to the upcoming WordPress update – WordPress 3.8.

And the attention is not necessarily positive.

Where there was near unanimous applause for the technological improvements made to 3.7, there is certainly an “angels and demons” dynamic surrounding the release of WordPress 3.8.

Should you be excited or scared?

END_OF_DOCUMENT_TOKEN_TO_BE_REPLACED

It is a very “professional” episode of the Week in WordPress.

Is WordPress as we know it going downhill? Is it going to be a Ghost in the next few years?

Matt, Scott, and Dan from Slocum Studio don’t seem to think so!

END_OF_DOCUMENT_TOKEN_TO_BE_REPLACED 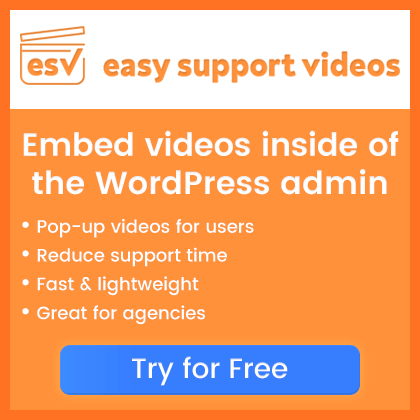